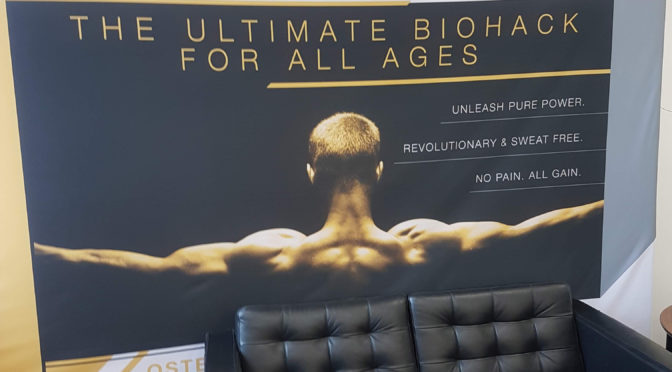 In Sweden and the Scandinavian countries osteoporosis is a very common issue. In fact, Sweden has the highest numbers of bone fractures caused by osteoporosis in the world (Bjärenäs, 2018). In Sweden the milk lobby has for many years promoted the slogan “milk gives stronger bones”. However, this is an oversimplified version of the truth and the reasons for the high numbers of osteoporosis are many. Calcium has an important role in bone health, but Calcium alone doesn’t build strong bones. The lack of sunlight makes vitamin D deficiency a common problem in Sweden. Vitamin D which really is not a vitamin, but a steroidal hormone plays a crucial role in in intestinal calcium absorption. If there is a deficiency of vitamin D in the bloodstream the uptake of calcium is reduced, and the body starts taking calcium from the skeletal tissue.

Magnesium deficiency is also something that could contribute to bone health because of magnesium’s role in the process of activating vitamin D and magnesium is also involved in the regulation of transport of calcium in to the bones and high amounts of vitamin D and Calcium could block magnesium absorption. Magnesium deficiency is a very common issue in Sweden. Another important factor is vitamin K which can help keeping the calcium out from the blood vessels and make it stay in the bones (Joe Pizzorno, 2007).

I first heard about Osteostrong by listening to bulletproof radio. Osteostrong is a ground braking technology which aims to increases bone density by using a high level of force to trigger the development of skeletal tissue.

The Osteostong equipment was invented by Dr John J Jaqusish and he invented this technology for his mom who suffered from osteoporosis. He got the inspiration from gymnasts who generally have very good bone density due to all the impacts they are submitted trough during their career. His aim was to recreate this force from high impact during controlled conditions.

To be able to trigger skeletal growth it has been shown that a force with 4.2 multiples the body weight is needed (Deere, et al., 2012). This can of course be achieved thorough doing jumps from a certain height. However, Osteostrong can achieve the same effect under much safer conditions and after training with this equipment you can gradually switch to higher force without the risk of injury. Osteogenic loading has also been shown to be able to help with lowering of long-term blood glucose levels (Hb1Ac) (Hunte & Jaquish, 2015).

After hearing about Osteostrong and its success in the USA. We were happy to hear about their opening of a facility in Sweden. Our first encounter with Osteostrong Sweden was at the biohacker summit in Stockholm.  Osteostrong Sweden was present at the summit where they did bone density measurements and gave information about the technology and its benefits. Osteostrong Sweden is run by two cool guys named Jonas and Robert. They have a quite amazing story about how they went to a Tony Robbins event together and after that decided to start the company. They started with one facility in Stockholm and at time for writing this they have opened a second facility and have plans for more locations. During the summit I decided to do the bone density testing and the results showed that my bone health wasn’t optimal. The results got me more curious about the method and tech and we decided to visit Osteostrong at their facility in Stockholm. At Osteostrong we were welcomed by Jonas and he showed us the equipment and told us more about their plans for Sweden.

The visit was amazing and testing the equipment made me a believer. I see great opportunity for Osteostrong in Sweden especially because of the high levels of osteoporosis. Building stronger bones will create a stronger frame and will allow you to put on more muscle. Increasing bone density feels like a good preventive method and this technology could potentially save millions of health care costs due to osteoporosis. The training can be adapted to everyone from old people to pro athletes. People who have used Osteostrong usually see increased bone density within a 6-8 months period. This is a real breakthrough that is backed by solid science.